Anyone who is interested in automobiles is familiar with the term “horsepower.” But, what exactly is horsepower, and where did it originate? Is a horse always capable of exerting one horsepower?

The term “horsepower” was coined by engineer James Watt to describe the power output of a steam engine. His new steam engine design was far more efficient than previous designs, consuming far less fuel. As a result, he developed horsepower to show clients who hadn’t yet made the conversion from horses to steam engines that it was a worthy investment.

He calculated that a horse could revolve a 24ft mill wheel 2.5 times per minute on an ordinary day’s work. Work is a measure of energy transmitted that is derived by multiplying the force exerted by the distance travelled, and power is defined as the work done per unit time.

Watt, the namesake of the metric system’s unit of power, calculated the amount of force applied by the horse to turn the mill wheel. He then determined the amount of energy it applied, and thus the power, using this information.

Watt was aware that the amount he received was simply an estimate, so he decided to round his final result.

One horsepower is 33,000 foot-pounds per minute, according to Watt’s definition. This is roughly equivalent to 746 Watts (W, or Joules per second).

Watt’s definition, as well as a related quantity known as metric horsepower, are both used by modern automobile manufacturers. The power required to lift a 75-kilogram mass one metre against gravity in one second is measured in metric horsepower. This equates to around 735W.

More information on horses can be found at:

Watt’s calculations were close to the mark: one horsepower is about the average rate of labor a healthy draught horse can do in a whole day, according to statistics from the 1925 Iowa State Fair and English veterinary surgeon William Youatt.

R. D. Stevenson and R. J. Wassersug, biologists, published a letter to       &nb Nature They calculated the greatest power output a horse can achieve in this study. According to previous research, the maximal mechanical power per kilogram of muscle is between 100 and 200W. They computed a possible max performance of 18,000W, or roughly 24 horsepower, using the lower bound.

They discovered a substantially lower real-world figure using data from the 1925 Iowa State Fair. They estimate that a horse may exert up to 14.9 horsepower in a short amount of time.

Why do cars lose horsepower as they age?

Over time, things become soiled and worn. Air filters and exhausts can clog, preventing airflow to and from the engine; fuel injectors and spark plugs can become clogged, resulting in less effective firing; and fuel pumps can wear down and stop pumping fuel. Meanwhile, combustion byproducts can deposit on engine valves, preventing them from closing, lowering the pressure provided by the burning fuel, and creating backfires.

More dangerously, the piston rings inside the engine can wear down, reducing cylinder pressure and diminishing power production. However, if you have your automobile repaired on a regular basis, you should only lose a few percent of horsepower over hundreds of thousands of kilometers. Peter Bentley, M.D.

Trainer Bob Baffert Won’t Be at the Kentucky Derby, but Racing Still Can’t Shake Him 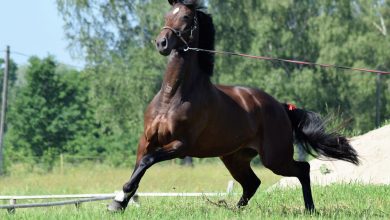 How to get a horse’s attention

The 10 Best Horse Racing Films of All Time