Many mare owners who keep their mares as saddle horses rather than breeding stock may overlook the fact that their mares have udders.

Fortunately, problems with the mammary glands in horses are rare. The udder of a mare who has never been pregnant is usually very tiny, with only the two teats visible. However, a variety of circumstances might cause the udder to enlarge or even release fluid.

When owners see changes in their mares’ mammary glands, they frequently suspect mastitis. Mastitis is the inflammation of the udder, which is frequently caused by infection. Mastitis can be caused by bacteria, fungus, or even a rare sort of parasite, according to some reports.

Mastitis is characterized by the udder becoming hot and unpleasant when touched. When viewed against a dark background, such as a black jar lid, milked from the udder is normally transparent with clumps of white to grayish stuff in it. If none of these symptoms are present, the mare is unlikely to have mastitis. Your veterinarian should, however, double-check her.

Mastitis can affect both active and non-active lactating mares. It is uncommon in a mare who is nursing a foal unless the teat has been injured in some way. Mastitis is frequently misdiagnosed in mares with udder engorgement, or milk back-up.

When a foal is weaned while still feeding often, engorgement of the bladder is usual. The udder may be swollen and hot to the touch, but the fluid is clearly regular milk with no clots. If the foal is not nursing well, udder engorgement can be detected right before foaling and the first day following foaling. A full udder on a mare that has recently given birth is a crucial sign that the foal is awake, attentive, and nursing, and that the mare is allowing him to do so.

Cushing’s disease, which is caused by a benign tumor in the pituitary gland in the brain, causes swollen udders that may spill milk. This is caused by an excess of the hormone prolactin. Overweight and insulin-resistant mares without a pituitary tumor can also do this, resulting in unpredictable estrus cycles and difficulty calving. It’s unclear what’s going on hormonally with these mares, but comparable situations have been recorded in women.

Viruses that cause edema in the abdomen and legs can cause bladder enlargement without the generation of fluid. Anything that prevents the free outflow of blood or lymphatic fluids from the udder can cause it.

If there is unexplained udder swelling in a mare that is generally healthy, you should always check the area between the two sides of the udder and between the udder and the inner thigh for any evidence of irritation. Sweat, grime, and dead skin cells frequently collect in these places, causing irritation. Make sure you don’t get kicked, because mares who aren’t used to having their udders examined might be irritable, and the skin irritation can make the area exceedingly sore. If you notice a buildup of filth and debris on your udder, gently clean it with a sheath-cleaning product.

A brand-new foal might not be the image you had in mind. It is, nevertheless, critical to distinguish between what is typical and what is not. Learn what to expect in the days leading up to the birth in this article.

Care for Mare and Foal When Foaling

Most mares have a smooth foaling procedure that requires little, if any, intervention. It’s crucial to be prepared and know what to look out for before, during, and after the birth.

The indications and habits of a cycling mare are explained in this article. A horse owner must detect when a mare is in heat for best horse health, breeding success, and owner safety.

The horse is a moving dirt magnet from the tops of his ears to the bottoms of his toes. Here are ten brilliant ideas to make grooming a breeze. From Is There a Better Alternative? Information at Your Fingertips

Do horses get udders?

Between four and six weeks prior to foaling, your mare’s udder is expected to grow as her body produces milk. However, there are several reasons your mare’s udder may remain small — with some situations more serious than others.

Can you milk a horse?

In Europe, horse milk, even today, is used mostly for cosmetic purposes. As far as drinking is concerned, horse milk is consumed in central Asia, Russia, Tibet, and some parts of China. Although Europeans are less inclined to drink mare milk, some do. There is a variation of mare’s milk that is sold to drink in France.

What are udders on a horse?

The horse has two mammary glands and two teats, which are quite small, unlike the cow (which has four large teats). The technique for milking a horse is also quite different to a cow and there are two holes in the tip of each teat that don’t always point in the same direction.

Can you milk a girl horse?

Mare milk is milk lactated by female horses, known as mares, to feed their foals. It is rich in whey protein, polyunsaturated fatty acids and vitamin C, and is a key ingredient in kumis. In several European countries, including Germany, it is sold powdered.

What animals have udders?

An udder is an organ formed of two or four mammary glands on the females of dairy animals and ruminants such as cattle, goats, and sheep. An udder is equivalent to the breast in primates and elephantine pachyderms.

Do mares have udders?

In between a horse’s hind legs is where you’ll find their udders. They are visible in all mares but if a mare has never been pregnant, they remain quite small with only the teats being visible. However, when a mare gets pregnant, they get bigger as the mammary gland begins to produce milk for the foal.

Why can’t we drink human milk?

Research has also found dangerous impurities can occur in human breast milk, including bacterial food-borne illnesses if the milk is not properly sanitized or stored, and infectious diseases including hepatitis, HIV and syphilis.

Can you milk a giraffe?

Why don’t we drink pigs milk?

Although pigs’ milk is high in fat (around 8.5% compared to cows milk at 3.9%) and is an excellent source of nutrients, sows are very difficult to milk. They have around 14 teats compared to a cow’s four, and they don’t take very kindly to having them touched by humans.

Do dogs have udders?

The mammary glands swell up on female dogs during heat or when they are lactating. Dog nipples are usually larger and more pronounced than the small bumps you find on spayed females. Dog nipples range in color from pink to black, depending on your dog’s breed and coloration.

How much horsepower does a horse have? 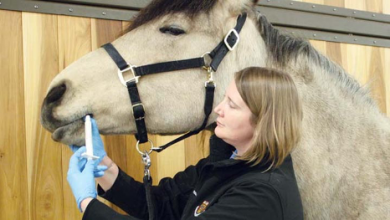